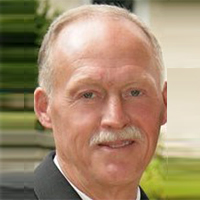 Ron McIntyre serves on the consulting board of Veritas Consulting Group. Ron brings an extensive portfolio with him, specializing in management and technology. As a business veteran, Ron has demonstrated success in managing technology companies and startups in both the United States and Canada. Ron has also been a part of three corporate mergers/acquisitions, only furthering his ability to direct the companies towards achieving our short-term and long-term goals.

At Veritas Consulting Group, Ron serves as an integral member of our team, helping us to facilitate mergers and acquisitions on a massive scale.

Ronald McIntyre has extensive management experience with technology companies and start-ups in the United States and Canada.

From 2009 to the Present, Mr. McIntyre has worked as an SEC compliance consultant providing securities law services to private and public companies including writing Registration Statements, writing Form 10-Qs, Form 10-Ks, Form 8-Ks as well as services related to mergers and acquisitions.

Mr. McIntyre was President and Director of Vocalscape Networks, Inc. from 2004 through 2008, severed as a director of Nevstar Precious Metals, Inc. (NVPM), and is Secretary of SPARC Asia Ltd.

Mr. McIntyre also served as Vice President, Sales & Marketing, Director of IT, and COO for Aimtronics Corporation. During his tenure, he had direct responsibility for increasing revenues to Cdn $57 million in 1999, $105 million in 2000, and $154 million for 2001, and managing 250,000 square feet of manufacturing operations in two countries with more than 1100 employees.